September 26-October 1, 2020
8-10 Students
Yellow Pine Ranch, LaVeta, CO
$2595
ALL INCLUSIVE
All levels, but must have some outdoor painting experience 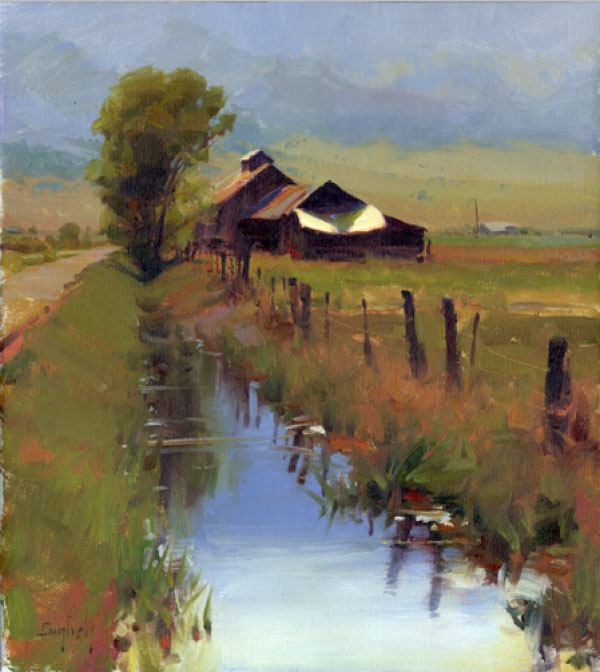 This workshop will focus on the ability to paint quickly and accurately. This is a skill that can be useful in many situations, especially working on location. Techniques for achieving a spontaneous yet controlled approach will be practiced. Students will work with models in natural light on the grounds of the ranch. Artists will paint quick poses, working into longer poses as the class progresses. Two days with model and two days of landscape painting using the same approach of seeing the big shapes quickly.

One to two days will be devoted to landscape painting on location outdoors.  Kim is known for his great approach to light and shadow. He will demonstrate and work individually with all students.

Kim will paint a brief demo each morning to help students "see" the value of massing in big shapes, and the importance of an organized palette, keeping it simple. The goal of this workshop is not to create a finished painting, but numerous very quick, spontaneous, yet controlled studies.  As the week progresses you may find you do have a few "keepers!"

"I'm always looking for an image that tells a story.  They are all around us.  They are the stories of everyday life. Being at the same time familiar and unique, they inspire me to find meaning in the experiences we all share." Kim English

A native of Omaha, Nebraska, Kim is a graduate of the Rocky Mountain College of Art and Design and teaches workshops nationally and internationally. He is an accomplished artist of light and shadows, masterfully capturing the beauty of human form and the distinctive environments in which he finds himself. Whether painting the people of pastoral settings or urban locales, Kim creates an intimacy of colors, framing each scene with dimension and physicality.

Kim's work has been featured in Figure Drawing Workshop by Carole Katchen, as well as in such magazines as PLEIN AIR, SOUTHWEST ART, AMERICAN ARTIST, and THE ARTIST’S MAGAZINE. He is the recipient of numerous awards including the Allied Artists of America’s Gold Medal of Honor, the William Meyerowitz Memorial Award for an American Scene, and both the Certificate of Merit and the Joseph Hartley Memorial Award at Salmagundi Club exhibitions.

His work has been exhibited throughout the country, in private and public collections. 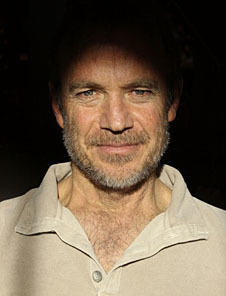 "I visited this beautiful, elegant ranch in September this year.  All I can say is it was one of the most stunning settings I have explored looking for venues for the workshops. Everything is top-notch, the accommodations are splendid, a lot of thought went into the atmosphere, decorating and comfortable inviting cabins and chalets. I am "excited" and "thrilled" to share this with my artist friends and instructors. So picturesque, and we get to paint and experience it!  The pictures really don't do justice to the character. This is a 5-star property!" - Marty

For over 87 years, generations of families have cherished a return to our unbridled heritage of western hospitality. Historic barns of hand-hewn timbers, rail corrals, and fences grace this high valley ranch. And the spectacular natural surroundings are ideal for a painting experience. Long-distance views, a babbling brook and pastoral splendor of the mountain vistas, horses, an old barn and flowers, are so inspiring.

This price does not include the model fee of $65 or lodging tax. All-inclusive, most rooms with private baths, three meals daily, appetizers after class, and wine or beer with happy hour and with dinner.

© 2020 Art In the Aspens Workshops. All Rights Reserved.
A DIGITAL HART MEDIA CREATION